She's on Duty added to cart. 3 available in stock 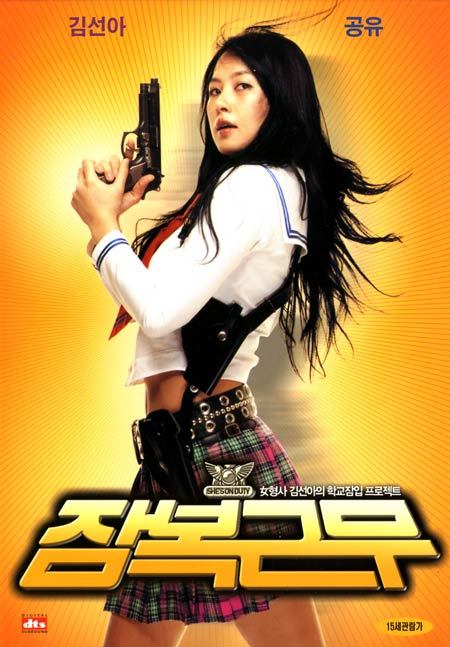 Episodes Movie
Subtitles English & Korean
Languages Korean//Take Stephen Chow's Fight Back to School, reset it in an all-girl's school in South Korea, and add a plucky female protagonist, and you'll have some idea of what writer/director Park Kwang Choon (Madeleine) has in store for you in his entertaining action comedy, She's On Duty! After bungling an important sting operation involving a Yakuza-run sex slavery ring, Detective Chun Jae In (Kim Seon A, from S Diary and Wet Dreams) must make amends by going deep undercover as a high school student! Her mission is to make friends with Seung Hee (Nam Sang Mi, from (Too Beautiful to Lie), the daughter of Cha Young Jae (Kim Kap Soo), a reformed crook who holds the key to prosecuting a notorious mob boss, but who is impossible to track down. With constant exams, school bullies, and a budding crush on a handsome, but mysterious high schooler (Gong Yoo, from My Tutor Friend), to deal with, can Jae-In find Mr. Cha before the mob does?

Kim Seon A shines as Jae-In, giving a performance that has earned raves from nostalgic audiences longing to relive the "good ol' days" of high school. While the film seems like a light farce, things turn serious towards story's end as Jae-In takes charge to prove her worth as a police officer. And although the plot may sound like a Korean hybrid of American films like Never Been Kissed and Miss Congeniality, She's On Duty is one film that stands out on its own and goes straight to the head of the class!