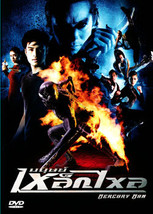 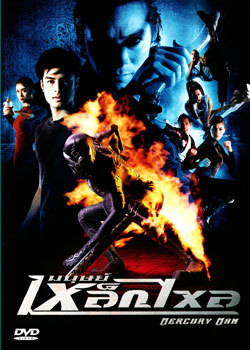 Episodes 128 Minutes
Subtitles English
Languages Thailand//Description: Mercury Man was a very short-lived superhero published by Charlton Comics in their Science Fiction anthology title Space Adventures after they stopped published Captain Atom stories in the early 1960s. Mercury Man would appear in Space Adventures #44 and 45 (February and May of 1962), and was the cover feature for #44. The first story was reprinted in AC Comics Men of Mystery #32. Art was by Rocke Mastroserio. The second story had art by Charles Nicholas and Sal Trapani. In many ways, Mercury Man was similar to other nuclear-powered superheroes of the time, such as Captain Atom, Doctor Solar, and Nukla. He would be more interested in stopping foreign powers (I.E., communists) than criminals. Mercury Man was actually an unnamed (in the first story) man from Mercury, the last of his people. The people of Mercury, like the people of Earth in the 1950s, were developing nuclear power, and a nuclear war destroyed them. Mercury Man was a scientist experimenting in metals, and a nuclear blast transformed him into the metallic Mercury Man. As Mercury Man he could fly through space without a space suit, was nearly invulnerable, had vaguely-defined nuclear powers, and some mental powers (he came to Earth after telepathically contacting a female American scientist and possible future love interest). He also had wing-like ears and small wings on his ankles like the Roman god Mercury or the Greek Hermes. In the first story, he came to Earth and stopped a nuclear attack on the United States. At the end of the story he was able to be transformed into a normal human, but able to transform back into Mercury Man, leaving the character open to future stories. The second story (he is just referred to as "Merco"), puts him in a slightly different outfit (now red instead of blue, with an "M" on his belt buckle), but with pointed ears (like Mr. Spock) in his human form (which no one comments about). He has to "transform into his metallic form" to obtain his superpowers. This time he takes a group of warmongers to the devastated planet of Mercury, so they can see the results of nuclear war. And leaves them there when they refuse to mend their ways (and had damaged the space capsule he brought them in). Mercury Man was not one of the characters purchased by DC Comics. These were his only appearances.