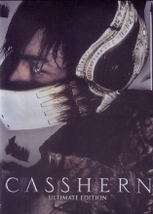 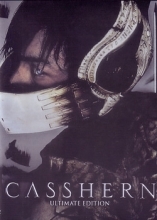 An updated version of an animated television series from Tatsunoko Pro made in the early 1970s, Casshern is a classic tale of good vs. evil. The film is set in the future, where the planet Earth has been divided between two opposing alliances. After a long and bitter war, the Greater Eastern Federation has triumphed over Europa and rules the Eurasian continent. However, the victory is a hollow one. The war has left the planet a wasteland, ravaged by chemical, biological, and nuclear weapons, and its inhabitants are weak and susceptible to every pestilence and new disease that appears.

With hope running out for the survival of the human race, a geneticist named Dr. Azuma proposes a neo-cell treatment through which he can rejuvenate the human body, and potentially save mankind. The success of his research is critical to him on a personal level as well, as his disease stricken wife Midori is growing weaker each day.

One day, a freak bolt of lightning sends Azuma's neo-cell cloning experiment haywire, and an army of superhuman androids (Shinzo Ningen) are unleashed on the world. The military attacks and kills most of them, but some survive, taking Midori hostage and employing a robot army to wage war on the humans in an effort to wipe them off the face of the earth. As options run out, Tetsuya, Azuma's son who has been killed in fighting, is reborn through his father's neo-cell technology as the hero Casshern. Will he be able to save the world, or is it too late?